In Fall 2017, during my first semester at Reed, I took an introductory statistics course. A prospective biology major, I was told learning how to code would be helpful later on in my coursework. I used R for the first time during the labs for that class, getting to know packages like {ggplot2} and {dplyr}. Another cornerstone of that class was {infer}, a package whose ubiquity I assumed was similar to {ggplot2} and {dplyr}. At the time, the thought that packages changed over time, or were written by people, or even had source code, had probably yet to occur to me.

During the spring semester, I somehow heard through the math department grapevine that our professor, Andrew Bray, had himself written the package (with help from many co-authors, of course). Our cohort had been the first to learn about inference with {infer} as an aid—a package that was, at the time, just a repository on Andrew’s GitHub profile, yet to be sent off to CRAN.

In the years that followed, {infer} changed a lot. The package’s first CRAN release came in early 2018, and its core authors worked through dozens of releases, adding new test statistics, improving visualization methods, and so on.

I changed a lot during those years, too. I got really into the whole R thing (goodbye, biology major!), traveled to many places I’d never dreamed of traveling to, and met a lot of folks with whom I made memories I’ll never forget. But, yeah—the R thing!

Andrew helped me make my first pull request to {infer} in the fall of my sophomore year. I made some edits to the vignettes and asked “is this right?” maybe 40 times before ultimately submitting the PR. The {infer} dev team, characteristically, was incredibly thoughtful, kind, and helpful in bringing my submission up to snuff. Over time, I became a bit cozier with R and the flow of collaborative package development, ultimately signing on as an intern (and then contractor) with RStudio, taking over as maintainer of {broom}, and writing the {stacks} package.

In full circle, this last summer, I was supported by package co-author Mine Çetinkaya-Rundel and RStudio to wrap up some loose ends on the {infer} package. The package, after several semesters utilized in many classrooms outside of Reed’s walls, had proved to be a valuable tool for teaching statistical inference intuitively. At the same time, its shortcomings as a pedagogical tool were well-acknowledged, and a “production release” of the package would need to reckon with these shortcomings. While the package expressed randomization-based inference on one or two variables well, its functionality could not take an introductory statistics class from start to finish; lack of support for multiple explanatory variables and smooth, theory-based distributions meant that instructors needed one-off solutions from different packages to finish out a full semester.

So—we did the thing! A good few months of thoughtful discussions resulted in a grammar that feels good. No silver bullets, but nevertheless an interface that is principled and unified. I spent much of the summer working on this release, and it was wrapped up and shipped off to CRAN last week. Huzzah!

I’m super grateful for the opportunity to work on this project, and wrote a good bit about the package and what’s new in v1.0.0 in a blog post on the tidyverse blog. I’m hopeful that this release will “fill the gaps” in teaching an introductory statistics class with {infer} as an aid, start to finish.

A genuine thank you to all of those in the greater {infer} orbit. I’m better for knowing each of you. 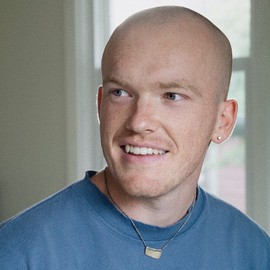 Blogging about data science, statistics, and other assorted goofballery. If you’d like to support this blog and/or maintenance on {broom}, {infer}, and {stacks}, you can buy me a coffee.